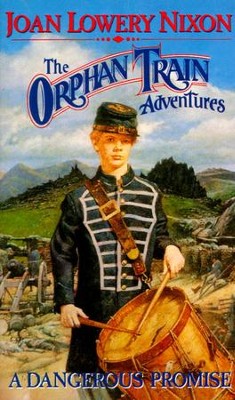 ▼▲
It's 1861, and although Mike Kelly is far younger than the legal age of 16, he and his best friend Todd secretly join up with the Second Kansas Infantry and become army drummer boys. Mike's dreams of glory end when he's wounded at the bloody Battle of Wilson's Creek and must begin a dangerous adventure behind enemy lines.

▼▲
I'm the author/artist and I want to review A Dangerous Promise - eBook.
Back
Back