Skip to main content
SPRING CYBER EVENT STARTS NOW: And it's a really BIG deal! Up to 88% off through 5/24>
A Coveted Servitude
By: Ken Reamy
Stock No: WW792995 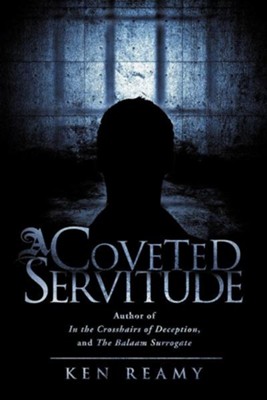 ▼▲
A sinister supernatural personality musters the forces of darkness to entice willing people into financial bondage, and once enslaved they are irrevocably imprisoned. A news reporter, acting on a tip that all is not well within the confines of a heavily encumbered mega-church ministry, pursues the lead not knowing that he will become a target. He hires a private investigator, and they learn that the mega-church pastor is overseeing a ministerial mafia with himself as the Don. What begins as the pursuit of a story soon becomes a spiritual journey for the reporter as he encounters human intrigue and the powers of darkness.Ken Reamy is a minister, evangelist, and former news reporter. He is a contributing columnist for the Trinidad Times Independent, and the Raton Range. He and his wife Carol, live in Trinidad, Colorado. They have four children and three grandchildren. His two previous books are In the Crosshairs of Deception, and The Balaam Surrogate.

▼▲
I'm the author/artist and I want to review A Coveted Servitude.
Back