Skip to main content
A Conqueror in Training
By: Darrin D. Payne
Stock No: WW397833 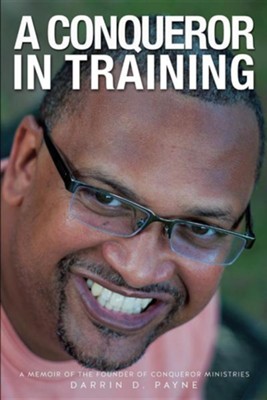 A Conqueror in Training

▼▲
Currently an ordained minister and Founder of Conqueror Ministries, Reverend Darrin Payne's first 24 years barely forecasts such a divine outcome. Today his life demonstrates the effectual working of Godly intervention yielding in an absolute change in his daily walk, talk and outreach to others. The sum total of his life is not the focus. He clearly has chosen to lay out in glaring detail just how specifically the odds were stacking up against him. Amazingly, you will come to know him from various other perspectives in "A Conqueror In Training." Through shocking loss, traumatic scenarios and the birth and development of his human nature, the storyline reveals a tenacious rivalry between good and evil. The onset of the latter takes on a theme that is threatening to both his psyche and his spiritual development. As the details of his striking childhood unfold, the elements of his future are unassuming as the foundational structures of his spiritual training manifest. The juxtaposition of his natural and spiritual training takes you on an eventful trip through sex, drugs, mental breakdown and dangerous liaisons which will arouse temptation to dislike his choices. The ride continues as you endure the angst he encounters when he hits a wall of despair and heartache. The grit and grime of his character building at such an early point in his lifetime gives ample meaning to the term: survivor. Not only so, but he represents the thematic intent of the scriptural reference, "Nay, in all these things we are more than conquerors through him that loved us," Romans 8:37 so specifically that it is no surprise that he is the face of the Conqueror Lifestyle, which is revealed through Conqueror Ministries.

▼▲
I'm the author/artist and I want to review A Conqueror in Training.
Back