Skip to main content
SPRING CYBER EVENT STARTS NOW: And it's a really BIG deal! Up to 88% off through 5/24>
A Complicated Love Story
By: V. George Shillington
Stock No: WW689592 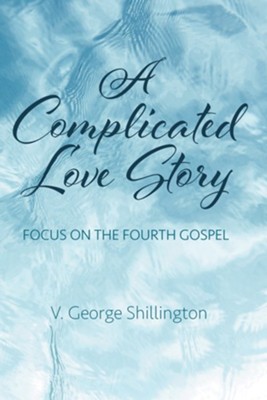 The Fourth Gospel, otherwise known as the gospel of the beloved disciple of Jesus, has captivated the imagination of myriads of people worldwide. Echoing one of its major themes, namely water, this gospel has been described as one in which a child can wade and an elephant can swim. Of the four gospels in the New Testament, this one stands out from the other three at several levels.

In the Fourth Gospel, the extraordinary acts of Jesus are labeled consistently as signs, not miracles. In the second major part, however, the signs give way to reality found uniquely in the life and death of Jesus on behalf of benighted humanity. He is the true light that enlightens everyone and everything. There are no parables in the Fourth Gospel. A parable is something that is literally thrown alongside the ordinary world of the day. The Fourth Evangelist focuses on truth, one of its major themes. There are puzzling pieces mixed in with the good news, which serves to make this gospel captivating to the reader. Through all of the complex twists and turns in this gospel, the theme of love shines forth brilliantly, especially so in the second half.

▼▲
I'm the author/artist and I want to review A Complicated Love Story.
Back