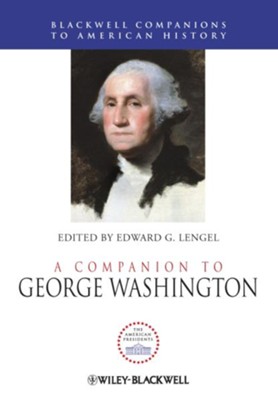 A Companion to George Washington - eBook

▼▲
Edward G. Lengel is Professor and Editor-in-Chief of the Papers of George Washington, a documentary editing project dedicated to the transcription and publication of original documents, at the University of Virginia. His books include General George Washington: A Military Life (2005); This Glorious Struggle: George Washington's Revolutionary War Letters (2008), Inventing George Washington: America’s Founder in Myth and Memory (2011), and many others. Lengel is a columnist for Military History magazine and has appeared in documentaries about Washington on The History Channel.

"[T]he collection contains an admirable mixture of sturdy, predictable, but necessary chapters intermixed with refreshingly original chapters on less-studied aspects of Washington's career. ...It promises to be, as other volumes in the Blackwell Companions to American History series aspire to be, the standard one-volume reference on its subject."  (Journal of American History, 1 September 2013

"Scholars of the American Revolution should encourage their libraries to consider adding this title to their collections and should certainly consult it when needed."  (Journal of Military History, 1 May 2013)

▼▲
I'm the author/artist and I want to review A Companion to George Washington - eBook.
Back
×
Back
×