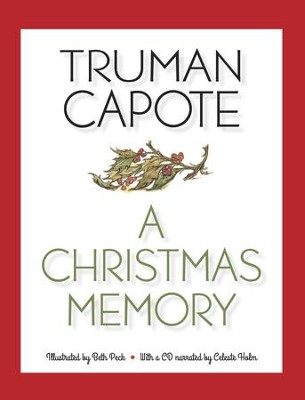 In celebration of A Christmas Memory's enduring appeal, this repackaged edition retains Beth Peck's evocative watercolors and Capote's original text. First published in 1956, this is the story from Capote's childhood of lovingly making fruitcakes from scratch at Christmas-time with his elderly cousin, and has stood the test of time to become known as an American holiday classic.

▼▲
Truman Capote was born in 1924 and died in 1984. Based on his own boyhood in rural Alabama in the 1930s, A Christmas Memory was orginally published in Mademoiselle in 1956 and later was included in Breakfast at Tiffany's.

Beth Peck, a designer and illustrator of many children's books, fell in love with the writing of Truman Capote and counts her paintings for A Christmas Memory and The Thanksgiving Visitor, also by Capote, among the work that is closest to her heart.

▼▲
I'm the author/artist and I want to review A Christmas Memory - eBook.
Back
×
Back
×