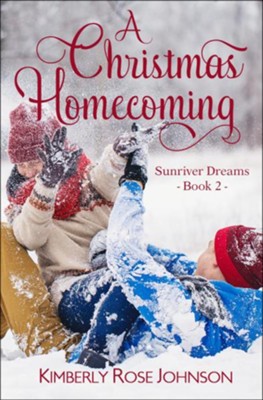 ▼▲
Can the mystery of Christmas unite two hurting hearts? Bailey Calderwood gives all she has to her job as an interior design assistant, but her best isn't good enough for her demanding, bed-ridden boss. For some unexplained reason Mona has turned against her. At least not everyone is out to get her. A mysterious admirer is sending her cards and flowers. Could it be her boss's son who's recently returned home in time for the holidays? Stephen Belafonte rushes home from France to be with his mother after her stroke, and is surprised by the rift between his mom and Bailey, her assistant. When his mom demands he fire Bailey, he's torn between respecting his mother's wishes and doing what's best for the family business. Can Stephen find a way to heal the rift in his family as well his own heart, or will he be forced to let Bailey go?

▼▲
I'm the author/artist and I want to review A Christmas Homecoming, Sunriver Dreams #2.
Back
×