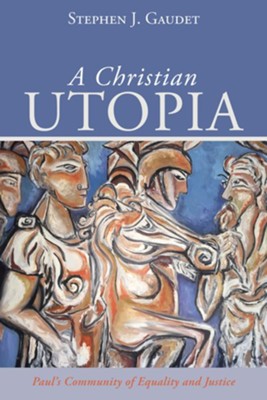 In the first century of the Common Era, the Romans could boast of being the most pious society in the known world. They possessed a highly structured societal organization with a well-defined hierarchy where everyone knew their place and the personal and interpersonal duties associated therewith. It was understood that their success was due in large part to maintaining a relationship with the gods. Yet at the same time, social inequality and lack of justice for its members was ubiquitous and merely part of the fabric of that society. Into this milieu steps Saul of Tarsus, later known as the Apostle Paul. Based upon the authentic corpus of Paul, a new utopian society was envisaged--a society based on equality and justice for all, not just for the elite. This eschatological community is in sharp contrast with Imperial Rome. Following the death of Paul, writers invoking Paul's authority by claiming that their texts were authored by the apostle himself, continued writing letters to various Christian communities. However, their texts differed in significant ways from Paul's vision. Yet these corrupted texts have survived and influenced the development of Christianity for two millennia. It is imperative to retrieve the true vision of Paul for a world in serious need of that eschatological vision.

▼▲
I'm the author/artist and I want to review A Christian Utopia.
Back
×