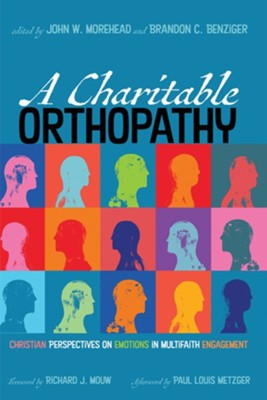 ▼▲
Evangelicals and other conservative Christians of the twenty-first century face enormous challenges in the pluralistic public square, not least with Muslims and atheists. Contrary to biblical injunctions to ""keep in step with the Spirit"" (Gal 5:25b) and to love our neighbors as ourselves (e.g., Matt 22:37-40; Luke 10:25-37)--both of which involve not only behavioral but also important affective elements--we often harbor deep-seated antipathies toward atheists and adherents of other religions. While such feelings are at times justified and help us cope with conflict-related tragedies, they are also often baseless, misconstrued, and counterproductive, priming us to avoid religious others, support discriminatory policies against them, and even confront them in verbal or physical ways. The purpose of this volume is to offer an academically informed yet practically oriented collection of essays that challenges and encourages Christians to engage their religious neighbors in a much more loving, compassionate, hopeful, and courageous--indeed, orthopathic--manner, whether in the realm of politics, in debate and conference venues, on the mission field, or in their own homes, schools, churches, and neighborhoods. As such, a set of reflection and discussion questions is included to facilitate individual and/or group study.

▼▲
I'm the author/artist and I want to review A Charitable Orthopathy.
Back