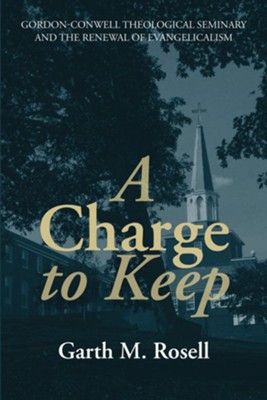 A Charge to Keep

▼▲
In celebration of Gordon-Conwell Theological Seminary's fiftieth anniversary, its former Academic Dean and longtime historian, Garth M. Rosell, was commissioned to write a history of the school. The merger of two much older institutions, the Conwell School of Theology founded in 1884 in Philadelphia and Gordon Divinity School founded in 1889 in Boston, created an institution that since its own founding in 1969 has become one of the largest theological seminaries in the world. With more than ten thousand graduates and nearly two thousand students studying on four campuses from Hamilton and Boston in the north to Charlotte and Jacksonville in the south, the seminary has become an important center for theological education in the evangelical tradition. A Charge to Keep explores the seminary's history from its founding by Billy Graham, Harold John Ockenga, and J. Howard Pew to the installation of its seventh president, Scott Sunquist.

▼▲
I'm the author/artist and I want to review A Charge to Keep.
Back