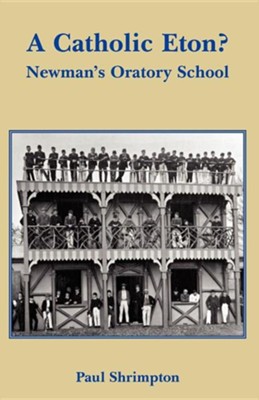 ▼▲
When in 1858 Newman was retiring from the Catholic University in Dublin, friends approached him when confronted with the problem of where to educate their sons and he became the central figure in the establishment of the Oratory School. Newmand and his co-founders - a trio of brilliant Catholic laymen, two parliamentary barristers and Lord Acton - faced stiff resistance in setting up the first Catholic public school; and once it opened their troubles were compunded by a staff mutiny and threats of closure from Rome. This is no standard story because the Oratory School was no standard school. It was the school's fate to be caught up in many of the key controversies of the time, not least because of its association with Newman; and for this reason the tale of its formative years under Newman provides important insights into Victorian life and English Catholic history. The story of the early years of the school, which counted Gerard Manley Hopkins among its masters, Hilaire Belloc among its pupils, and Newman as its guiding light, is told here fully for the first time.

▼▲
I'm the author/artist and I want to review A Catholic Eton?.
Back