Skip to main content
SPRING CYBER EVENT STARTS NOW: And it's a really BIG deal! Up to 88% off through 5/24>
A Call for Courage - eBook
Edited By: Bryan Curtis
By: Bryan Curtis, editor
Stock No: WW17486EB 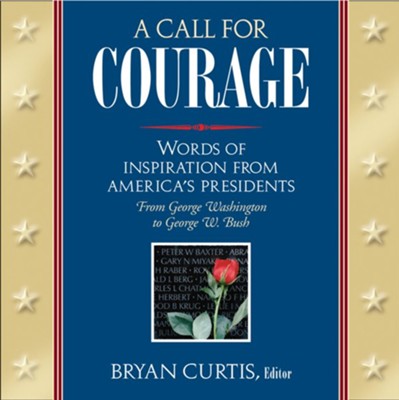 A Call for Courage - eBook

"One man with courage makes a majority." - Andrew Jackson

Whether you are about to begin a new job, undergo surgery, or ask your boss for a raise, possessing courage will help you face these battles. A Call for Courage contains more than 175 quotes from the presidents of the United States on the subject of courage.

"America was not built on fear. America was built on courage, on imagination and an unbeatable determination to the job at hand." - Harry Truman

"A strong nation, like a strong person, can afford to be gentle, firm, thoughtful, and restrained. It can afford to extend a helping hand to others. It's a weak nation, like a weak person, that must behave with bluster and boasting and rashness and other signs of insecurity." - Jimmy Carter

A Call for Courage is a wonderful gift for anyone facing a challenge - be it fear of war or simply moving away from home.

▼▲
I'm the author/artist and I want to review A Call for Courage - eBook.
Back
Back