Skip to main content
A Brief Commentary on the Apocalypse
By: Sylvester Bliss
Stock No: WW034301 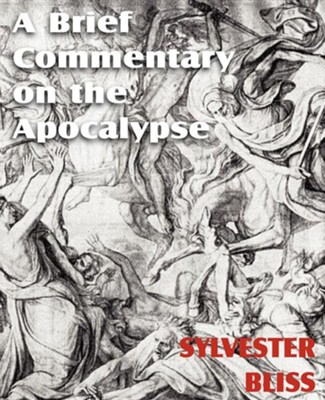 A Brief Commentary on the Apocalypse

▼▲
"The Apocalypse should be regarded as a peculiarly interesting portion of scripture: a blessing being promised those who read, hear, and keep the things which are written therein. It has been subjected to so many contradictory interpretations, that any attempt to comprehend its meaning is often regarded with distrust; and the impression has become very prevalent, that it is a "sealed book,"-that its meaning is so hidden in unintelligible symbols, that very little can be known respecting it; and that to attempt to unfold its meaning, is to tread presumptuously on forbidden ground. "The attention of the Christian community has been called more of late to its study. The Bible is its own interpreter; and when practicable, scripture should be explained by scripture. The meaning imputed to any passage must never contradict, but must harmonize with that of parallel texts. In illustrating the several references in the Apocalypse to the same events and epochs, a repetition of scripture is somewhat unavoidable. "These pages have resulted from notes prepared in a familiar course of Bible-class instruction, where the study of brevity was necessary. Without designing to speak dogmatically, the didactic was found the more direct and simple mode of expression. In presenting this exposition, merely as the opinion of the writer, it is with the hope that it will give, in a small compass, a common-sense view of the intricacies of this book, and be acceptable to those interested in the study of prophecy." Sylvester Bliss was a Millerite minister and editor. His books include Commentary on the Revelation, The Time of the End, and Analysis of Sacred Chronology.

▼▲
I'm the author/artist and I want to review A Brief Commentary on the Apocalypse.
Back