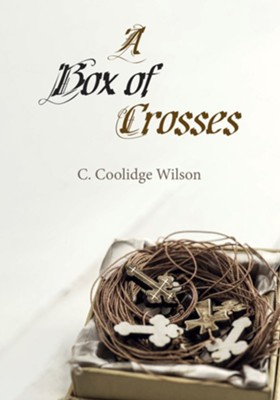 A Box of Crosses - eBook

▼▲
The Reverend Stirling McCutcheon is a Scottish Presbyterian minister who has been called to serve as senior pastor at Madison Avenue Presbyterian Church in Albany, New York. As one who has placed in juxtaposition Dostoyevsky's notion that "there is nothing lovelier than the Savior" alongside Grunewald's grotesque portrayal of the Crucified Christ, McCutcheon defines his own identity as a devotee of fractured beauty, an identity that rivets him to the beauty of his parishioners fractured by misfortune and tragedy. A variety of crosses--icons that come to him in various ways--represents the suffering of his people, each cross possessing its unique story. In addition to dealing with the age-old question of a loving God that allows inexplicable suffering in his beautiful world, McCutcheon wrestles with the unnerving query of whether God is expendable. McCutcheon's predecessor apparently hanged himself in front of his congregation during a Good Friday dramatic presentation of Paul Claudel's Death of Judas. Was it an accident, or did his disillusionment cause him to identify too closely with Judas? In contrast to his predecessor, McCutcheon holds fast to his ordination vows as a shepherd of his flock, even at his own personal expense and that of his family.

▼▲
C. Coolidge Wilson lives in Pittsburgh where he serves as Presbyterian Minister-in-Residence at First Lutheran Church and where he is the former Associate Pastor for Congregational Care of Shadyside Presbyterian Church. He is the author of an adult Christmas fantasy titled The Little Toy Soldier on the Covered Bridge and companion essay, The Role of Fantasy in Faith; two full-length plays, A Breach of Confidence and As Heaven Intends; and numerous poems, including Intrusion.

▼▲
I'm the author/artist and I want to review A Box of Crosses - eBook.
Back
Back