Skip to main content
Let My People Go!: Following Jesus Into Our Jails and Prisons
By: Stan Moody
Stock No: WW789053 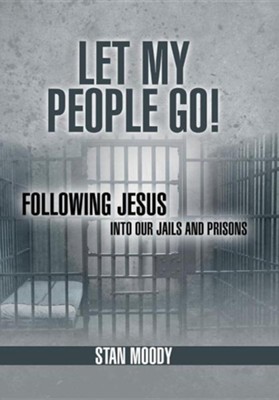 Let My People Go!: Following Jesus Into Our Jails and Prisons

The judgment scene in Matthew 25 is a call for believers in Jesus Christ to get out of our clubhouses and onto the streets, where the "least of these my brothers" (v.40) may be found.

The man who deeply affected author Stan Moody as a Christian was a brilliant, sixty-four-year-old convicted sex offender by the name of Sheldon Weinstein. On April 24, 2009, Shelly died in solitary confinement at Maine State Prison of a ruptured spleen about an hour after Moody requested toilet paper for him. Moody has chronicled his death in a narrative titled "Death in B117."

With America now boasting 25 percent of the world's prisoners, the last vestige of hope for these discarded citizens in our jails and prisons and on our streets is a faith community now facing declining membership and shrinking revenues. Poverty and homelessness has at last come home; how we respond to it is a reflection of the seriousness of our faith.

▼▲
I'm the author/artist and I want to review Let My People Go!: Following Jesus Into Our Jails and Prisons.
Back