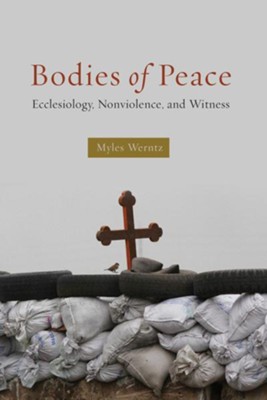 ▼▲
This book argues that Christian nonviolence is both formed by and forms ecclesial life, creating an inextricable relationship between church commitment and resistance to war. Examining the work of John Howard Yoder, Dorothy Day, William Stringfellow, and Robert McAfee Brown, this book explores how each thinker's advocacy for nonviolent resistance depends deeply upon the ecclesiology out of which it comes. These forms comprise four strands of a comprehensive Christian approach to a nonviolent witness rooted in ecclesial life.

Because each of these figures' ecclesiology implicates a different mode of resistance to war and a different relation between ecclesiology and resistance to war, the volume argues that any account of an ecclesially-informed resistance to war must be open to a multitude of approaches, not as pragmatic concessions, but as a foretaste of ecumenical unity. Insofar as the pursuit of peace in the world can be seen as a church bearing out the work of the Spirit, the approach of other ecclesial traditions can be seen not as competitors but as common works of the Spirit, which other traditions may learn from and be challenged by.

▼▲
I'm the author/artist and I want to review Bodies of Peace: Ecclesiology, Nonviolence, and Witness.
Back
×