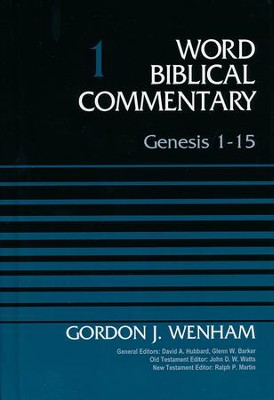 Gordon J. Wenham (PhD, University of London) is tutor in Old Testament at Trinity College, Bristol, England, and professor emeritus of Old Testament at the University of Gloucestershire. He is the author or editor of numerous books, including Story as Torah and commentaries on Genesis, Leviticus, and Numbers.

▼▲
I'm the author/artist and I want to review Genesis 1-15: Word Biblical Commentary, Volume 1 [WBC].
Back
Back