Skip to main content
CYBER WEEK SALE! Spot great deals up to 88% off. >
Coming Up to Breathe CD
By: MercyMe
Stock No: WWCD87221 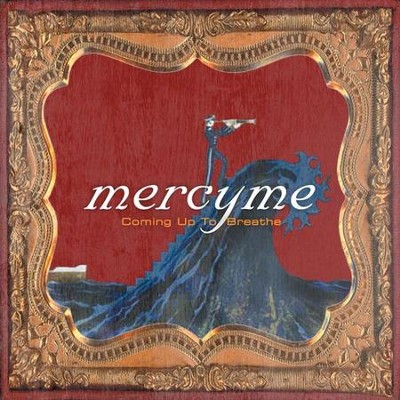 Coming Up to Breathe CD

▼▲
The highly anticipated fourth studio album from MercyMe finds Millard and company rocking a little harder, praying a little louder, dancing like never before. Coming Up to Breathe includes the heavily rotated "So Long Self," in addition to "Hold Fast," "3:42 AM (Writer's Block)," and more.

▼▲
A different but familiar direction

The buzz around MercyMes Coming Up to Breathe was that the album was going to rock, potentially alienating the segment of MercyMes audience that is SUV-driving Moms who hummed along to I Can Only Imagine as they drove their kids carpools and wistfully remembered their grandfathers. Well, Soccer Moms of America, you can relax. There is nothing to fear in this set. If you could handle Michael W. Smiths Cross of Gold in high school and you secretly enjoyed Guns N Roses November Rain, then you should still be able to handle a turbo-charged MercyMe.

Coming Up to Breathe opens with its pop/rock title trackclean, high-energy 80s melodic rock that just seems a little out of place in 06. Then again, maybe its so out of place that its going to be the next big thing. Either way, its clear that Bart Millard and company had a great time in the late 80s and early 90s drinking deeply from the wells of acts such as White Heart, Petra, Amy Grant, Michael W. Smith, Guns N Roses and, maybe, even a little early 80s Kansas and are now bringing those influences to bear on their music. And like the aforementioned, these boys have learned a thing or two about hooks. So Long Self, for instance, has an irresistible chorus and a witty concept (first articulated by Petra in Killing My Old Man) that describes getting rid of ones ego/sin nature.

Hold Fast is a strong and sweeping mid-tempo rocker, vaguely reminiscent of Amy Grants Youre Not Alone, reminding the listener not to give up hope. Bring the Rain is similarly memorable if overly earnest with its reminder that God is to be served in both sunshine and rain.

Overall, Coming Up to Breathe is an enjoyable album but one that could have benefited from more A&R direction and/or a stronger producers hand, either of whom could have sent some lyrics back for re-writes and forced Millard to dig deeper and come up with the kinds of word-pictures that he has proven himself capable of...Its an ability that is clearly still there, as he proves on the final track, I Would Die For You, when he cleverly sings, You never know why youre alive/Until you know what you would die for.

MercyMe fans will likely be pleased with this solid offering that clocks in at exactly an hour. Others who are not yet on the MercyMe bandwagon may continue to hope that theyll come up with more creative ways both musically and lyrically to express themselves next time around.

▼▲
Word on the street was that MercyMe planned to rock out on their new album, "Coming Up to Breathe." But the album's finally out and we're happy to report that diehard fans don't need to get too worried.

MercyMe didn't add screams to their songs for added effect like Underoath or Demon Hunter. They didn't even crank their guitars as loud as U2 or Dave Grohl and his Foo Fighters. But things are a little louder than, say, "I Can Only Imagine."

"We just wanted to make the music we love, and it definitely came across a little more rocking than any other album we've ever done," front man Bart Millard confesses. "We really focused on up-tempo songs.  I don't think we are trying to reinvent the wheel, it's just trying to put a little more edge into what we are creating."

After four well-documented years of ups and downs both personally and professionally for the band, the album's title can't help but reflect how the band's feeling right now. Aside from "coming up for air" on a personal level, there seems to be a breath of fresh air creatively speaking, too  one that's immediately apparent on the band's catchy and confessional first single, "So Long Self."

The title track follows suit, providing an energetic, exuberant celebration of freedom, while the epic "Hold Fast" serves as a reminder of how God's presence serves as a source of strength in life's most difficult moments  something MercyMe's members know well from personal experience.

Also providing inspiration this time around were new surroundings as the project was recorded at the famous Allaire Studios in upstate New York, the same location that has served as a recording haven for Norah Jones, Tim McGraw and David Bowie in the past. Over the course of a month with producer Brown Bannister, the band did nothing more than eat, sleep and make music in the 20s-era mansion that was converted into a studio in 2001. Sounds like a good time to us!

▼▲
I'm the author/artist and I want to review Coming Up to Breathe CD.
Back
Back