Skip to main content
HOURS LEFT! UP TO 76% OFF BIBLE SALE: Save on over 1,100 Bibles. >
Washed and Waiting: Reflections on Christian Faithfulness and Homosexuality - eBook
By: Wesley Hill
Stock No: WW3482EB 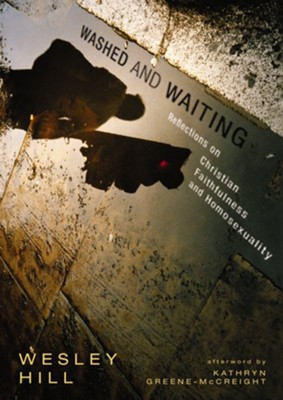 Washed and Waiting: Reflections on Christian Faithfulness and Homosexuality - eBook

This is a book written primarily for gay Christians and those who love them. Part memoir, part pastoral-theological reflection, this book wrestles with three main areas of struggle that many gay Christians face: (1) What is God’s will for sexuality? (2) If the historic Christian tradition is right and same-sex behavior is ruled out, how should gay Christians deal with their resulting loneliness? (3) How can gay Christians come to an experience of grace that rescues them from crippling feelings of shame and guilt? Author Wesley Hill is not advocating that it is possible for every gay Christian to become straight, nor is he saying that God affirms homosexuality. Instead, Hill comes alongside gay Christians and says, "You are not alone. Here is my experience; it’s like yours. And God is with us. We can share in God’s grace." While some authors profess a deep faith in Christ and claim a powerful experience of the Holy Spirit precisely in and through their homosexual practice, Hill’s own story, by contrast, is a story of feeling spiritually hindered, rather than helped, by his homosexuality. His story testifies that homosexuality was not God’s original creative intention for humanity—that it is, on the contrary, a tragic sign of human nature and relationships being fractured by sin—and therefore that homosexual practice goes against God’s express will for all human beings, especially those who trust in Christ. This book is written mainly for those homosexual Christians who are trying to walk the narrow path of celibacy and are convinced that their discipleship to Jesus necessarily commits them to the demanding, costly obedience of choosing not to nurture their homosexual desires. With reflections from the lives of Henri Nouwen and Gerard Manley Hopkins, Wesley Hill encourages and challenges Christians with homosexual desires to live faithful to God’s plan for human sexuality.

Wesley Hill (PhD, Durham University, UK) is assistant professor of biblical studies at Trinity School for Ministry in Ambridge, Pennsylvania. He is the author of Washed and Waiting: Reflections on Christian Faithfulness and Homosexuality (Zondervan, 2010), Paul and the Trinity?: Persons, Relations, and the Pauline Letters? (Eerdmans, 2015), and Spiritual Friendship: Finding Love in the Church as a Celibate Gay Christian (Brazos, 2015). He is on the editorial board for Christianity Today and writes regularly for that magazine as well as for Books & Culture, First Things, and other publications.

▼▲
I'm the author/artist and I want to review Washed and Waiting: Reflections on Christian Faithfulness and Homosexuality - eBook.
Back
Back