We are OPEN and SHIPPING - click here for shipping estimates
PRE-SUMMER CYBER SALE: Shop over 2,500 items up to 90% off through 5/26 >
#3: Remnants: Season of Glory
By: Lisa Tawn Bergren 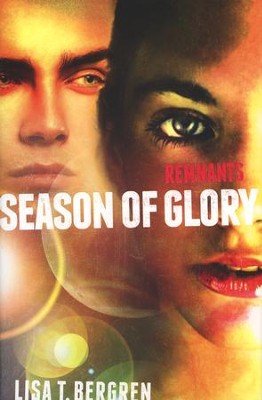 ▼▲
In #3: Remnants: Season of Glory, the third installment in Lisa Tawn Bergren's Remnants series, the power of the Remnants and their people are growing and threatening Pacifica's careful plans for domination. Among the Trading Union, everyone is drawn to people of the Way, and agree to stand against those who hunt them. But Pacifica intends to discover each and every Remnant and destroy them---as well as everyone who hasn't sworn allegiance to the empire. An epic finale to a heart-pounding series.

In the third and final volume of the Remnants series—Seasons of Glory—the power of the Remnants and their people are growing, threatening Pacifica’s careful plans for domination. Among the Trading Union, village after village, outpost after outpost, and city after city are drawn to people of the Way, and agree to stand against those who hunt them. But Pacifica intends to ferret out and annihilate the Remnants—as well as everyone who hasn’t sworn allegiance to the empire—setting the stage for an epic showdown that will change the course of a world on the brink &hellip; forever.

Lisa T. Bergren is the author of over forty books, with a combined count of nearly three million copies sold.  She has written bestselling children’s books, award-wining YA (River of Time Series: Waterfall), popular historical fiction, contemporary fiction, women’s nonfiction, and gift books.  She is a writer residing in Colorado Springs, CO, with her husband and three children.  You can find out more about Lisa at LisaBergren.com.