BIG SUMMER BLOWOUT: 3 Days Only! Save up to 90% thru Wednesday. Shop now >
#3: From Bags to Riches
By: Sandra D. Bricker 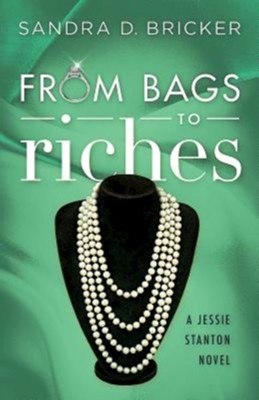 ▼▲
Jessie Hart worked so hard to put her Louisiana roots in the rearview mirror and her Adornments boutique on the map. So when renegade "husband" Jack turns up again, the new and improved Jessie catches his attention. As he fights through his residual legal battles, he makes every effort to win her back and marry her for real this time... before Danny gets the chance.

When a celebrity stylist with her own reality show makes Adornments a hot spot, Jessie’s hard work is finally paying off. But amid award shows and photo shoots, Jessie’s beloved grandfather is diagnosed with cancer and she’s nudged back to the Louisiana roots she worked so hard to escape. Now, in her quest to find the success, true love, and faith that has always eluded her, will God really lead her right back home?

▼▲
Sandra D. Bricker was an entertainment publicist in Los Angeles for more than 15 years, where she attended school to learn screenwriting and eventually taught the craft for several semesters. She became a best-selling, award-winning author of Live-Out-Loud Fiction for the inspirational market, authored books such as the Jessie Stanton novels, and was best known for her Emma Rae Creation series. Over the years, as an ovarian cancer survivor, she spent time and effort toward raising awareness and funds for research, diagnostics, and a cure. Sandra lived in Toledo, Ohio before her passing in 2016. She is remembered online at SandraDBricker.com.