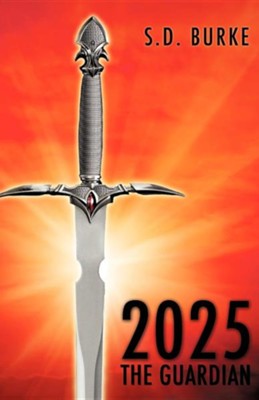 ▼▲
2025 Phoenix, Arizona-2025 Eighteen-year old star athlete Daniel Jordan must decide between following his dream to play professional soccer or a nomination to be Arizona's representative to the president's elite Guardian Corps created to carry out the president's new initiatives. Phoenix is the incubator for change. And...America is changing. The American president, in a power move, appoints a Council of Twelve and fifty state governors to a board replacing the Congress. Ignoring the Constitution, new laws are made...new initiatives adopted. As a Guardian would Daniel be guarding the freedoms that made our country great and safe? Or would he be implementing initiatives already causing chaos in the everyday lives of all citizens? The questions facing Daniel and his family could be your questions: What if Americans are required to join a world monetary system in which they receive an identity number to buy and sell? What if in the search for world peace a one-world religion based on mutual respect causes Christians to be persecuted, churches to be closed and the Bible to be outlawed? What if the government passes new health care initiatives limiting end of life care in order to save the economy from an aging population? Families are challenged whether to be good citizens and follow the new laws or follow the teachings of Jesus Christ. One will put their souls in jeopardy. The other may cause them to be homeless, unable to work or buy food. It's 2025 What choices would you make?