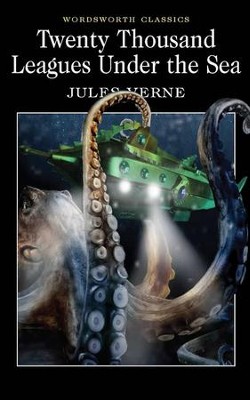 ▼▲
Professor Aronnax, his faithful servant, Conseil, and the Canadian harpooner, Ned Land, begin an extremely hazardous voyage to rid the seas of a little-known and terrifying sea monster. However, the "monster" turns out to be the giant submarine, Nautilus, commanded by the mysterious Captain Nemo, by whom they are soon held captive. So begins not only one of the great adventure classics by Jules Verne, the "Father of Science Fiction", but also a truly fantastic voyage from the lost city of Atlantis to the South Pole. Complete and unabridged.