#2: Verse Of Valor
By: Andrew Maloney 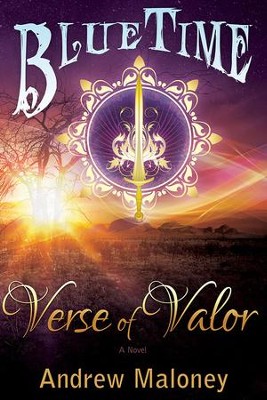 ▼▲
Trapped in Blue Time until they find the seven gemstones that hold the Master Song, Nolan must lead his friends into the Westlands in search of the Verse of Valor. Can they reach the gem before Cyno Dolan the Coyote? And will Nolan be able to muster the courage to prove himself a worthy guardian?

▼▲
Cyno Dolan, an Awakened coyote, stumbles across a mystical Voice in the swamplands of Tircluddaithe and is tasked with organizing a breakout from captivity for the Coeduine known as the Most Evil. The Coyote returns to the Westlands and throws in his lot with a conquering usurper named Guari, but his loyalties lie elsewhere. Who is he really serving? The glory-hungry Bull King...or someone far more sinister?Meanwhile, King Orbo III is summoned to give an account of his hand in the Battle of the Sanctuary, and a political trap is laid by Dubric the Dark in an effort to consolidate his power over the Hidden Lands. Whispers of civil war are in the air while the incognito Prince Chadric strikes off on a quest of his own to find his missing father, High King Alaric.Meeting a host of new allies and enemies alike, Nolan and his friends return to Tircluddaithe, this time exploring the Westlands and uncovering a web of trickery and deceit while looking for the next Verse of the Master Song. Can Nolan muster the courage to prove himself a worthy guardian of the legendary Valor verse?

▼▲
Andrew Maloney grew up in the backseat of a car, traveling across the States and abroad with his healing evangelist parents. It gave him lots of time, staring out the window, to come up with some fantastic ideas for stories.He graduated from the University of North Texas with an arts degree in writing and has ghostwritten and edited more than a dozen nonfiction books. Along with the next novel in the Blue Time series, he is currently writing a sequel to his first fiction book, The Elementalists.