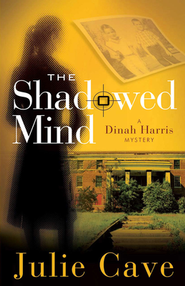 ▼▲
A suspense-filled mystery which answers an ominous question:

Who will be found worthy to live; who is the next victim?

After the deadly investigation into the Smithsonian murders, Dinah Harris is now facing a daily battle to keep her sobriety while struggling to form a new career from the ashes of her former job as an FBI agent. From the shadows will emerge a cunning and terrifying killer, who carefully and methodically will decide whose life has value to society and whose does not.

Using her profiling and security skills as a private consultant based in Washington, DC, Dinah uncovers a connection to the shadowy world of neo-eugenics, and those who publicly denounce the killings but privately support a much different view.

Against this backdrop, Dinah must come to terms with her own past, as those associated with the deepening mystery face their own personal demons, and struggle with the concept of God's inexhaustible grace and forgiveness. Old secrets are revealed, tragedies unearthed, and the devastating legacy of science without compassion is finally brought to light.

▼▲
The Shadowed Mind is the second book in a new trilogy by Julie Cave. Dinah Harris, a former FBI agent, is picking up the pieces of her life when she receives a phone call from a detective shed worked with on her last case (from the first book Deadly Disclosures). Detective Cage needs Dinah's profiling skills to help track down a murderer who is claiming to "clean up" the dregs of society. To catch this killer Dinah must conquer past demons and learn to move on with life. Cave's book delves into the issues of eugenics, the sanctity of human life, and the love and forgiveness of a merciful God.

The Shadowed Mind is written in chunks that are narrated from different characters' perspectives. This provides an easy way to get into the individuals' heads. Cave includes a wide cast of characters: a trendy, well dressed college professor; a tattooed and pierced crime lab technician; and various homeless and drug-addicted vagabonds. Even though most of the characters are secondary, Cave gives the reader the chance to get to know them before they fade from the scene.

The story has three central characters: Detective Samson Cage, ex-FBI agent Dinah Harris, and the killer whom we never see coming. Cage is a friendly, but reserved, hulking character who likes order and precision. Dinah Harris is working as a private consultant after being fired from the FBI for alcoholism. Now, trying to keep her new sobriety intact is almost as hard as tracking a killer who leaves little to nothing to follow. The murderer only kills those he deems unfit for society, those he believes are holding the human race back from evolving into something greater. Lack of public interest is on his side since the average citizen doesn't care if a homeless man or a drugged-up prostitute goes missing.

This book begins with promise but ends somewhat weak. Cave does a marvelous job making her characters vivid and real, but some of the things they say and do defy common sense. Also, the story loses momentum about half-way through, and the reader gets bogged down in investigative information or, at times, some preaching and lectures. The Christian message is skillfully woven into some parts of the story, but it is also thrown at the reader in large, awkward chunks in other sections. The concept of this book is a good one, but the execution could use some fine tuning.  Rebekah Mosolf, www.ChristianBookPreviews.com

▼▲
I'm the author/artist and I want to review #2: The Shadowed Mind.
Back