We are OPEN and SHIPPING - click here for shipping estimates
PRE-SUMMER CYBER SALE EXTENDED thru 6/1 ~ Over 2,500 items up to 90% off
#2: Siren's Fury
By: Lambert Zuidervaart 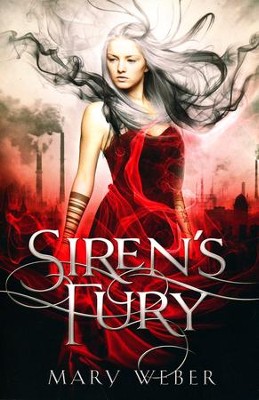 ▼▲
Nym has saved Faelen only to discover that Draewulf stole everything she valued. Now he's destroyed her Elemental storm-summoning ability as well. When Nym sneaks off with a host of delegates to Bron, Lord Myles offers her the chance for a new kind of power and the whispered hope that it may do more than simply defeat the monster she loathes. But the secrets the Bron people have kept concealed, along with the horrors Draewulf has developed, may require more than simply harnessing a darker ability. They may require who she is. Nym is faced with the chance to change the future. Or was that Draewulf's plan for her all along? 368 pages, paperback.

"I thrust my hand toward the sky as my voice begs the Elemental inside me to waken and rise. But it’s no use. The curse I’ve spent my entire life abhorring—the thing I trained so hard to control—no longer exists."

Nym risked her life to save Faelen, her homeland, from a losing war, only to discover that the shapeshifter Draewulf has stolen everything she holds dear. But when the repulsive monster robs Nym of her storm-summoning abilities as well, the beautiful Elemental realizes her war is only just beginning.

Now powerless to control the elements that once emboldened her, Nym stows away on an airship traveling to the metallic kingdom of Bron. She must stop Draewulf. But the horrors he’s brought to life and the secrets of Bron are more than Nym bargained for. Then the disturbing Lord Myles tempts her with new powers that could destroy the monster, and Nym must decide whether she can compromise in the name of good even if it costs her very soul.

As she navigates the stark industrial cityscape of Bron, Nym is faced with an impossible choice: change the future with one slice of a blade . . . or sacrifice the entire kingdom for the one thing her heart just can’t let go.