We are OPEN and SHIPPING - click here for shipping estimates
PRE-SUMMER CYBER SALE EXTENDED thru 6/1 ~ Over 2,500 items up to 90% off
#2: Ruby Dawn
By: Raquel Byrnes 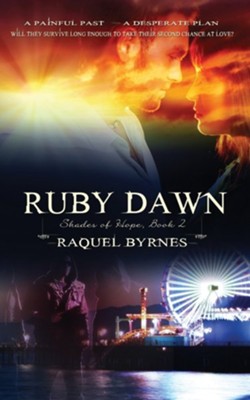 ▼▲
Former street kid Ruby McKinney reaches out to runaways through her medical clinic in the worst part of the city, but her escalating battle with a gang leader puts this work in jeopardy. Tom Masters, Ruby's first love, is now on the right side of the law and at the center of a dangerous DEA sting involving her clinic. Tom's disappearance ten years ago broke Ruby's heart and rattled her faith. As their romance rekindles, memories of what it cost to love him flood her with fear. Ruby's battle with the gang ignites a firestorm of danger, and betrayal emerges from within her own camp. With Tom's life in the balance and her world cast in shadows, can Ruby trust God as she once did... or has she strayed too far to ever return?