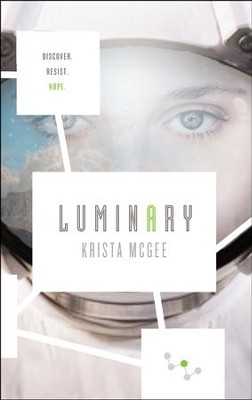 ▼▲
Thalli was scheduled for annihilation but is rescued. Now she is above ground, in a world that she thought was destroyed, a world that wasn't safe to live in. She and her three friends must journey across this unknown land to find a hidden civilization, a town that survived the nuclear holocaust called New Hope.
Soon after their arrival to New Hope, the town comes under attack. She has escaped imminent death, but now Thalli is thrust into a new fight-a fight to save her new home. Does she know enough about this world of emotions, this world of chaos, to save not only herself, but the people she has come to love?

Thalli thought escaping to the surface would mean freedom. But is she any less of an anomaly aboveground?

After escaping an underground annihilation chamber, Thalli, Berk, Rhen, and John find themselves fleeing across the former United States, aboveground for the first time. As the defectors cross the for gotten landscape, the three youths see things the y had only read about on screens: horses, rain, real books—and a colony of unsanctioned survivors living the ancient way in a town called New Hope.

When the citizens of New Hope reveal the truth of what happened years ago, Thalli is left unsettled and skeptical of everything she’s ever been told. Can she trust anything from the State, including her own feelings for Berk? When she volunteers for a peace mission to New Hope’s violent neighbor, Athens, her confusion mounts as the supposedly ruthless Prince Ale x turns out to be kind and charming. Although everyone in New Hope warned her not to, she can’t help but fall for him.

Meanwhile, John’s unwavering faith in the goodness of the Designer begins to make its mark on Thalli’s heart. But can Thalli really come to trust in a generous, protective Designer who rules over all things? Would that not be setting herself up for another betrayal?

The time for her to decide is now . . . because the State is closing in.

"McGee blends the determination of faith, the malevolence of those who extol power over decency, and the assertion of individual integrity in a humane glimpse at youthful courage." —Publisher’s Weekly

When Krista McGee isn't living in fictional worlds of her own creation, she lives in Tampa and spends her days as a wife, mom, teacher, and coffee snob. She is also the author of Anomaly , First Date , Starring Me , and Right Where I Belong . Twitter: @KristaMcGeeYAFacebook: krista.a.mcgee

▼▲
'McGee blends the determination of faith, the malevolence of those who extol power over decency, and the assertion of individual integrity in a humane glimpse at youthful courage.'
'McGee once again blends a Christian message within a horrific science fiction plot...death, torture, and confusing love triangles. '
'...will please fans of dystopian lit as well as those who enjoy YA inspy romance.' 'Fans of the first book will definitely want to get their hands on this exciting sequel...' '...it sprints into a can't-put-it-down race toward physical and emotional danger that will leave all the characters changed.' 'When you reach the end, you'll be eager for the midsummer release of Revolutionary, the final book in this trilogy.'

▼▲
I'm the author/artist and I want to review #2: Luminary.
Back
Back