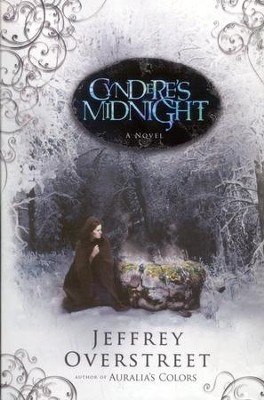 By: Jeffrey Overstreet
More in Auralia Thread Series
WaterBrook / 2008 / Paperback
4 out of 5 stars for #2: Cyndere's Midnight: The Blue Strand (4 Reviews) Write a Review
In Stock
Stock No: WW072538

▼▲
In Cyndere's Midnight, the power of Auralia's colors brings together a bloodthirsty beastman and a compassionate widow in a most unlikely relationship. Jordam is one of four ferocious brothers from the clan of cursed "beastmen." But he is unique -- the glory of Auralia's colors,revealed in the book by the same title, has enchanted him, slowing his vicious appetite and awakening his conscience. When Jordam finds a woman weeping in the woods, his healing continues. Beside a mysterious well, seemingly the source of some of Auralia's colors, this beast and beauty form a cautious bond. Cyndere, heiress to one of the great houses, has always hoped to help the violent Cent Regus beastmen. To honor her husband, who shared that hope, she risks her life and reputation to reach out to Jordam. Jordam, too, will be tested. He will either be overcome by the dark impulse of the "beastmen curse", or he will stand against his brothers to defend House Abascar's survivors from a deadly assault. The novel picks up where Auralia's Colors left off and reveals more of the history and culture of the entire Expanse, a land which branched off into four kingdoms centuries before.

▼▲
In the second book in the Auralia Thread series, the power of Auralia’s colors brings together a bloodthirsty beastman and a grieving widow in a most unlikely relationship, one that not only will change their lives, but could also impact the four kingdoms of The Expanse forever.

Jordam is one of four ferocious brothers from the clan of cursed beastmen. But he is unique: The glory of Auralia’s colors has enchanted him, awakening a noble conscience that clashes with his vicious appetites.

Cyndere, heiress to a great ruling house, and her husband Deuneroi share a dream of helping the beastmen. But when Deuneroi is killed by the very people he sought to help, Cyndere risks her life and reputation to reach out to Jordam. Beside a mysterious well--an apparent source of Auralia’s colors--a beauty and a beast form a cautious bond. Will Jordam be overcome by the dark impulse of his curse, or stand against his brothers to defend House Abascar’s survivors from a deadly assault?

▼▲
Jeffrey Overstreet is a novelist and award-winning film reviewer. A contributing editor for Seattle Pacific University’s Response, his work has also appeared in Risen, Paste, and Image: A Journal of the Arts and Religion. His reviews are published at LookingCloser.org and regularly featured at ChristianityTodayMovies.com. A frequent lecturer at universities, arts conferences, and film festivals around the country, Jeffrey lives in Shoreline, Washington, with his wife, Anne. Cyndere’s Midnight is the second novel in The Auralia Thread series.

▼▲
Cyndere's Midnight is the second novel in Jeffery Overstreet's Auralia Thread series. It follows Cyndere as she mourns the death of her husband, who was killed by cursed beastmen who were searching for survivors in the destroyed city of Abascar. While coping with the loss of her husband, Cyndere meets a beastman named Jordam, who has experienced the calming enchantments of the mysterious Auralia and her weavings.

To achieve her late husband's goal of releasing the beastmen of the curse put upon them, Cyndere sets out first to heal Jordam and then to free all beastmen from their addiction to "Essence" and their murderous natures. Secondary characters begin to appear in the plot at this time, such as a young lad known only as Ale Boy, who seems to have benefited from Auralias power and guidance. There also is Ryllion, a spurned knight looking to find favor in Queen Thesera's eyes by performing underhanded deeds with the assistance of a dark and sinister Seer named Prater Xa.

Jeffery Overstreet's flowing diction and lovely prose make it difficult to tear away from the story. He creates a unique world in beautiful ways. Unfortunately, he has a tendency to get a bit too flowery with his passages at times, which slows the pace of the book and delays the plot action. Additionally, because there is a lack of adequate back story for some of the characters, the readers are confused at times by their actions, as in the case of Ryllion, who first seems to be a noble and gentile knight, only later to be shown to be deceitful. Furthermore, Overstreet is very effective at making small scenes vivid and three-dimensional, but in the large scale scenes he fails to give details and images that make the full canvas come alive.

One weakness the book has is in its author's effort to insert some Christian symbolism. He tries to make messages related to service, sacrifice, humility, and grace very obvious, but in order to do so, he adds a lot of drawn-out scenes that would have improved the book if they had been cut. Most readers will prefer to stick to the core of the story and maintain momentum. Fans of J.R.R. Tolkien, who also likes to insert long symbolic scenes, will not be bothered by these purposefully Christianized sections.

Overall, this is a good story with realistic characters and a message of survival, faith, loyalty, and optimism.  Nan Johnson, www.ChristianBookPreviews.com

▼▲
“Overstreet's writing is precise and beautiful, and the story is masterfully told.”
–Publishers Weekly

▼▲
I'm the author/artist and I want to review #2: Cyndere's Midnight: The Blue Strand.
Back
Back