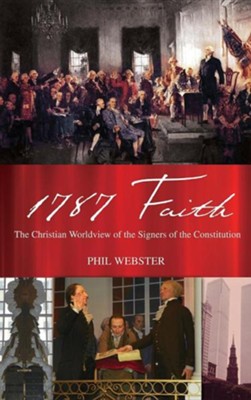 Tell us a little about yourself.  i asked Christ into my life at age 17, went to Asbury College, served with Operation Mobilization in Spain, England and onboard the MV Doulos in South America. Taught Spanish and Bible at SalisburyChristian School.

What was your motivation behind this project?  My father was very concerned about the moral decline in the United States. After his death, I gave myself The Founders' Challenge. I wanted to see if the Founders were deists, atheists or if they had aChristian worldview. I read 25 volumes of Letters of the Delegates 1774-1789..

What do you hope folks will gain from this project?  My hope is that readers will see the Christian worldview of the signers of the Declaration of Independence and Constitution.

How were you personally impacted by working on this project?  I would like to recreate the events of April 30, 1789 in New York City where we dedicated the new government under the Constitution to God.t

Who are your influences, sources of inspiration or favorite authors / artists?  Reading the primary sources of the Founding Fathers, David Barton, Bill Federer and others