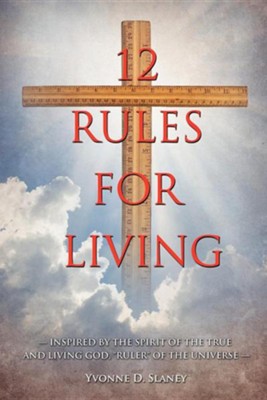 ▼▲
Yvonne D. Slaney was born in Goldsboro, North Carolina and grew up between Pine Level and Princeton on a farm. She had an older brother, Rudolph. Ms. Slaney excelled in school, being the high school valedictorian. She went on to attend Campbell College and later Wake Forest College, majoring in English. She taught school briefly before marrying and starting a family. The mother of five children, two girls and three boys, she embraced her role of motherhood. In 1971, Ms. Slaney returned to North Carolina after living away twenty-one years, eleven in Massachusetts. Since returning home, Ms. Slaney taught school in several grades, mostly in middle school levels, in schools throughout Johnston County. In 1994, she retired from teaching to fulfill her call from God which she received in 1969. The call was to move back to N.C. to the farm she grew up on and to host traveling Christians. During the time of teaching and raising her children, and after her retirement, she hosted guests, from five different countries and approximately twenty-five different states. Today, over forty years since her salvation and call to ministry, she is still active in her ministry. On the twenty some acre pine tree filled land, better known as Pine Tree Retreat, there is a pleasant, peaceful atmosphere of the Holy Spirit. Ms. Slaney has future plans to expand the facilities of the retreat, as well as to continue writing more books. Her motto is 'Live for God in all that you do ' Deborah Slaney Pastor of Faith Warriors Ministry Center

▼▲
I'm the author/artist and I want to review 12 Rules for Living.
Back