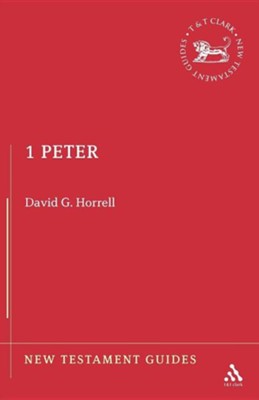 ▼▲
This volume offers a concise and accessible introduction to 1 Peter, especially aimed at undergraduate-level students. It provides information on the likely historical and social setting of this letter, on its literary form and theological content, and on issues involved in its interpretation. In particular, this volume suggests that 1 Peter is an important text not least for the ways in which it both reflects and constructs early Christian identity, in its relationships with Judaism and the Roman Empire. Although 1 Peter remains neglected compared with the canonical gospels and the major Pauline letters, Horrell argues that the letter deserves much more attention for the pivotal contribution it makes to the development of early Christianity and for the ways in which it reveals this development in progress.

▼▲
I'm the author/artist and I want to review 1 Peter.
Back