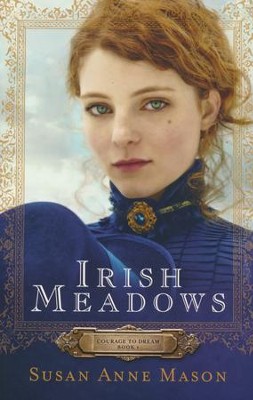 ▼▲
Brianna and Colleen O'Leary know their Irish immigrant father expects them to marry well. Recently he's put even more pressure on them, insinuating that the very future of their Long Island horse farm, Irish Meadows, rests in their ability to land prosperous husbands. Both girls, however, have different visions for their futures.

As the farm slips ever closer to ruin, James O'Leary grows more desperate. It will take every ounce of courage for both sisters to avoid being pawns in their father's machinations and instead follow their hearts. And even if they do, will they inevitably find their dreams too distant to reach?

▼▲
Susan Anne Mason's debut historical novel, Irish Meadows, won the Fiction from the Heartland contest from the Mid-American Romance Authors Chapter of RWA. A member of ACFW, as well, she lives outside of Toronto, Ontario, with her husband and two children. She can be found online at www.susanannemason.net.

▼▲
I'm the author/artist and I want to review #1: Irish Meadows.
Back
Back