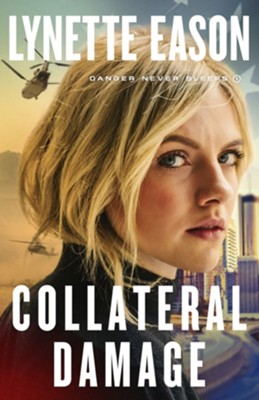 Brooke Adams was honorably discharged from the army after an explosion almost killed her. She continues to battle her own nightmares and realized she is not equipped to take on more.

▼▲
Lynette Eason is the USA Today bestselling author of Protecting Tanner Hollow, as well as the Blue Justice, Women of Justice, Deadly Reunions, Hidden Identity, and Elite Guardians series. She is the winner of three ACFW Carol Awards, the Selah Award, and the Inspirational Reader's Choice Award, among others. She is a graduate of the University of South Carolina and has a master's degree in education from Converse College. Eason lives in South Carolina with her husband and two children. Learn more at www.lynetteeason.com.

▼▲
I'm the author/artist and I want to review #1: Collateral Damage.
Back
Back