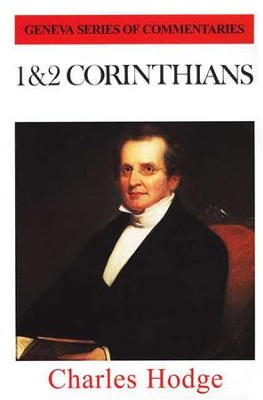 By: Charles Hodge
More in Geneva Commentary Series
Banner of Truth / 1857 / Hardcover
Write a Review
In Stock
Stock No: WW8916

▼▲
The Geneva Series of Commentaries takes the best of the reformed scholars and reprints their work in this set. Charles Hodge, among other reformed scholars such as Calvin and Bridges, are represented in this series. This work on the two epistles to the Corinthians is by Hodge and begins with a short introduction on the epistle, events in Corinth and the importance of this letter. The commentary which follows draws out the important theological meaning expressed in Paul's letter.

▼▲
I'm the author/artist and I want to review 1 & 2 Corinthians: Geneva Commentary Series.
Back
×
Back
×